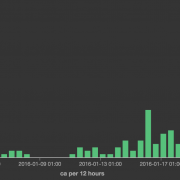 If you have been following the news lately like the rest of the world, you should know by now about the spread of Zika Virus (ZIKV).

Zika virus is spread to people through mosquito bites. The most common symptoms of Zika virus disease are fever, rash, joint pain, and conjunctivitis (red eyes). The illness is usually mild with symptoms lasting from several days to a week. CDC – http://www.cdc.gov/zika/

As part of MULTIVAC Platform at ISCPIF, I wanted to see if it is possible to spot “Zika Virus” in our datasets by using Multivac dashboards.

As it can be seen, there is not much in Web of Science especially since it is not being updated in realtime compare to other datasets. However, the statistics from top countries and top institutions are still interesting. 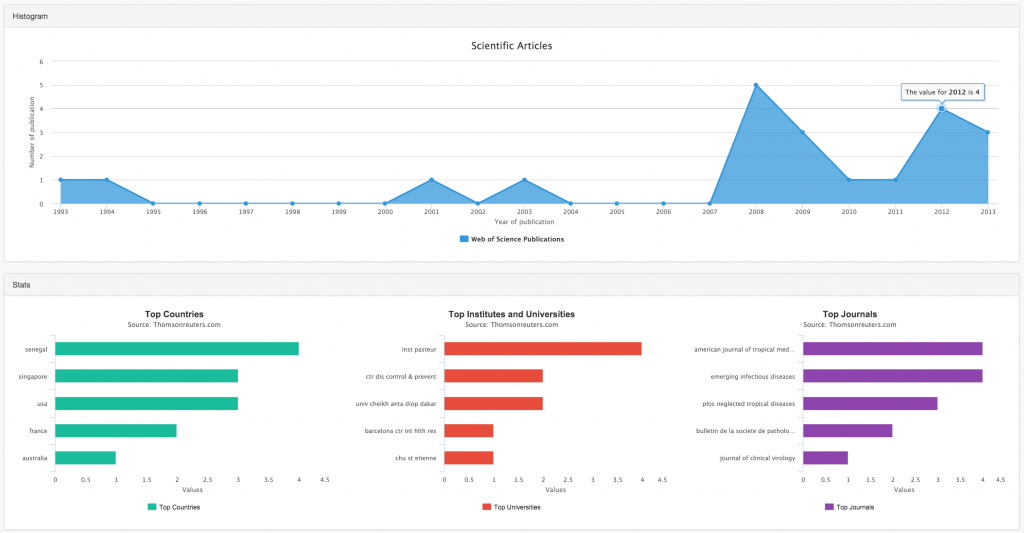 Let’s take a look at some of Mosquito-borne diseases in our PubMed (Medline) dataset: 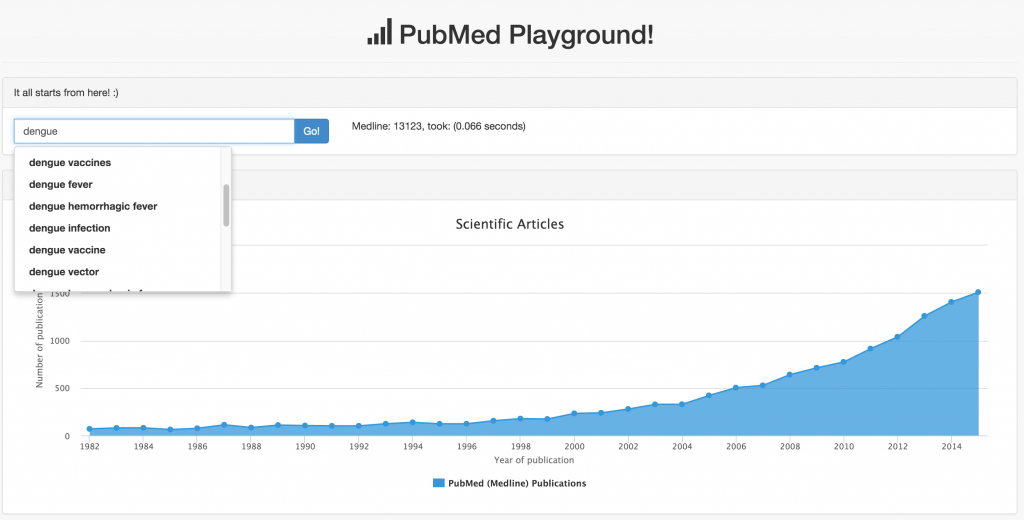 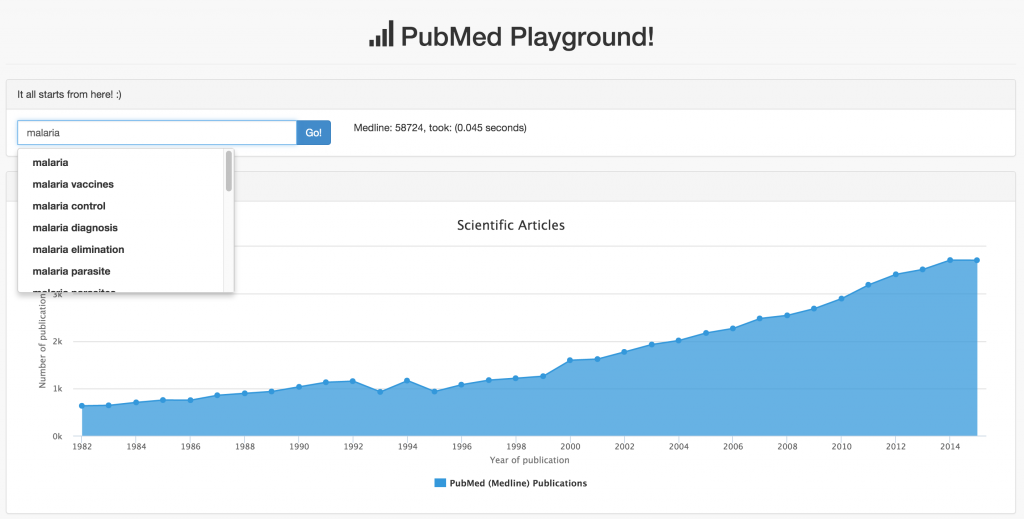 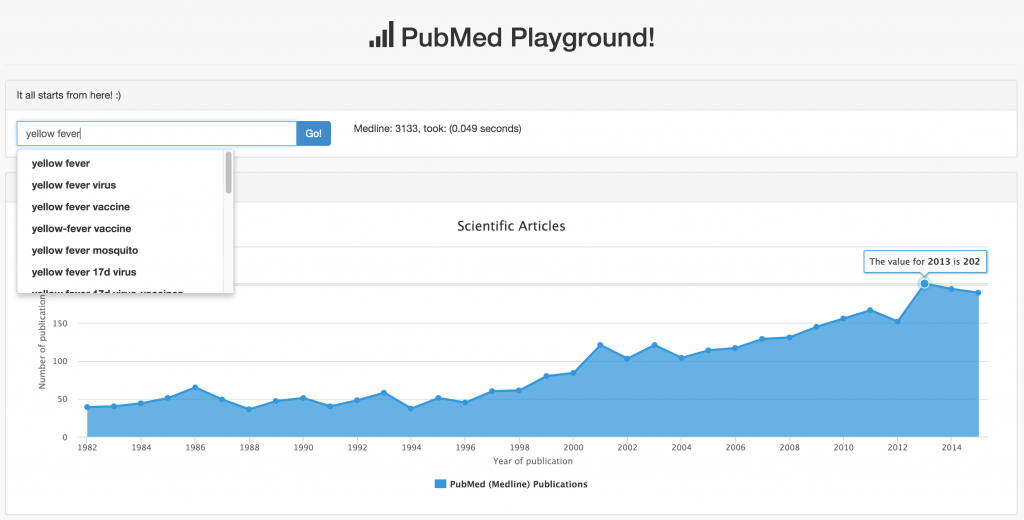 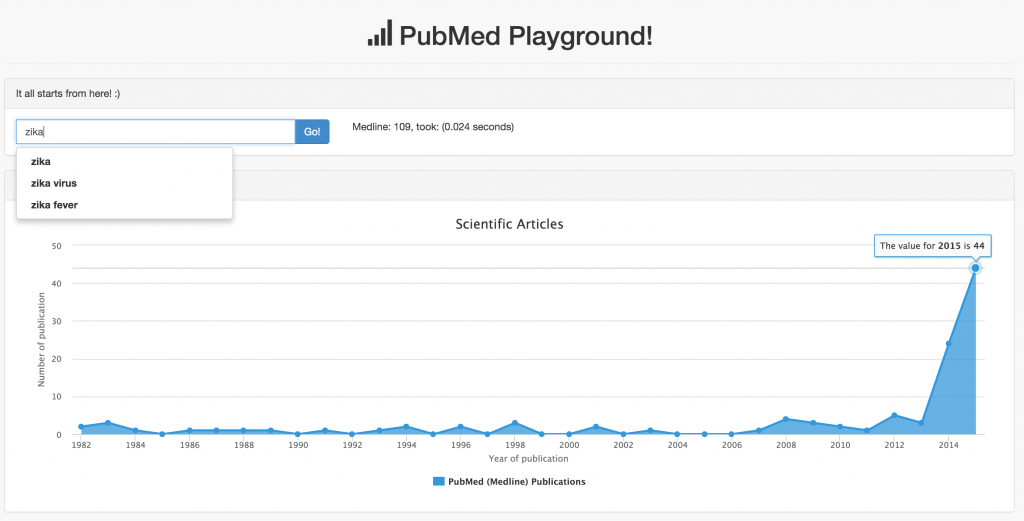 And this is for Ebola outbreak started 2014: 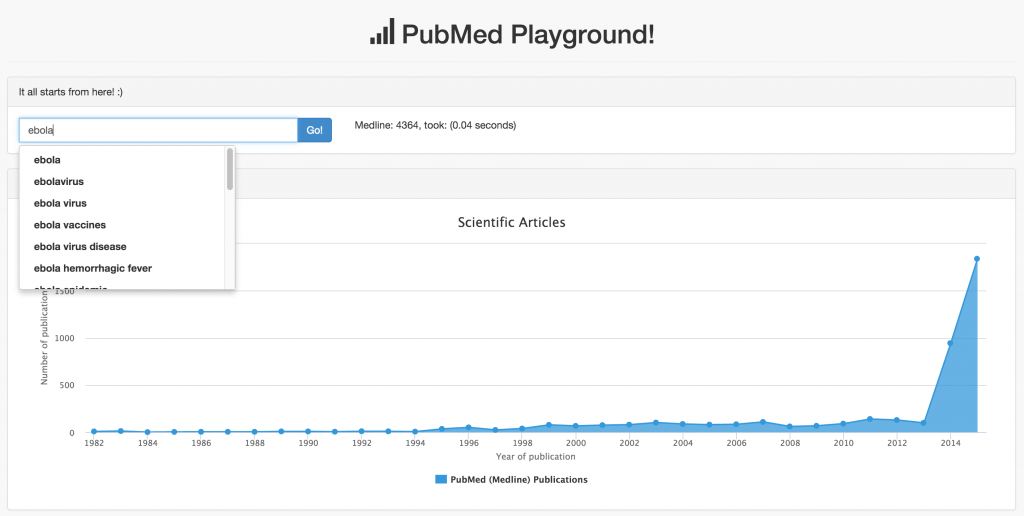 And now some associated keywords with Zika Virus: 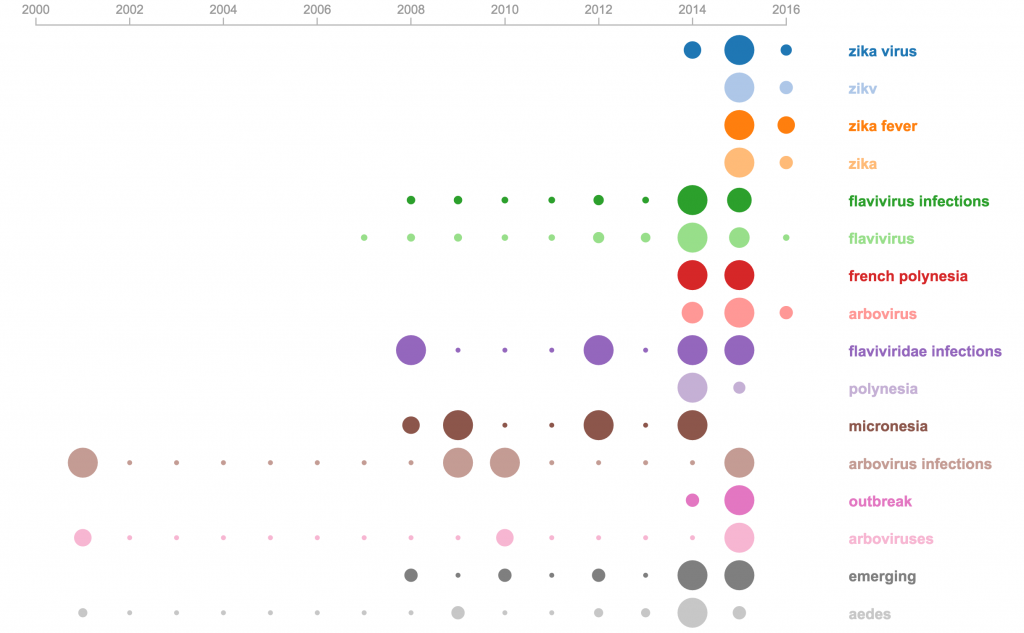 Since 30 days ago, the number of tweets that mentioning “Zika Virus” have been increasing. 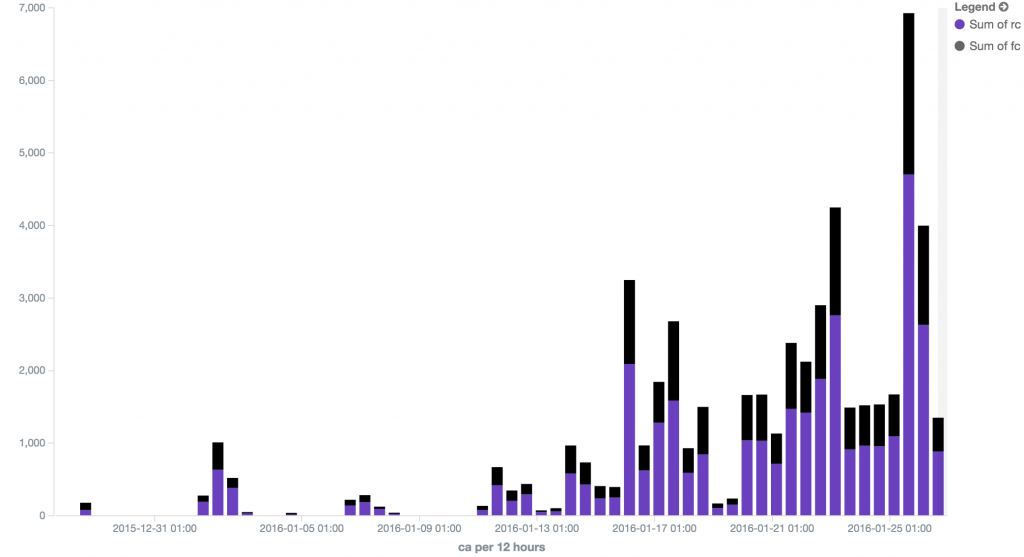 Impact of each news based on number of Retweets and Favorites (now it’s called love!)

Some associated #Hashtags with Zika Virus 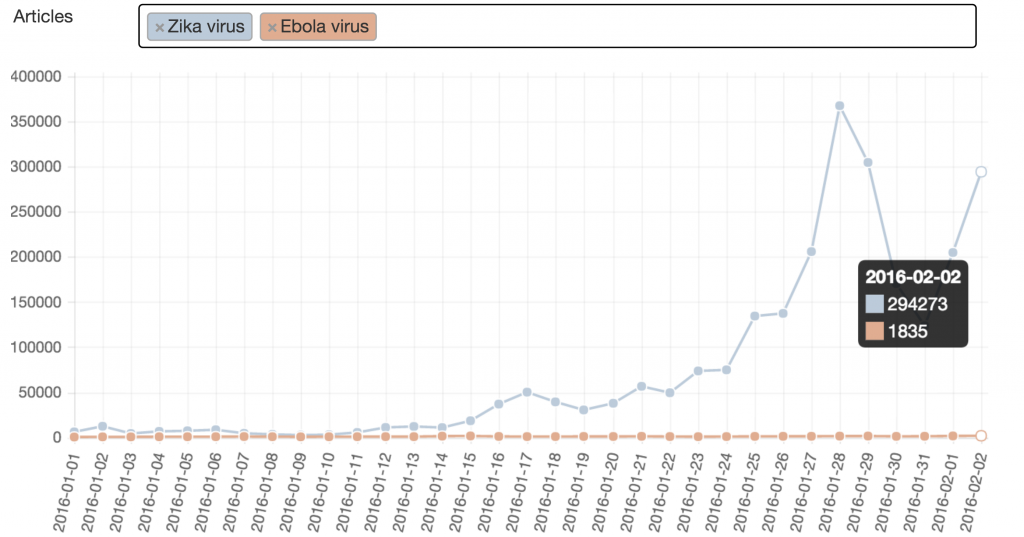 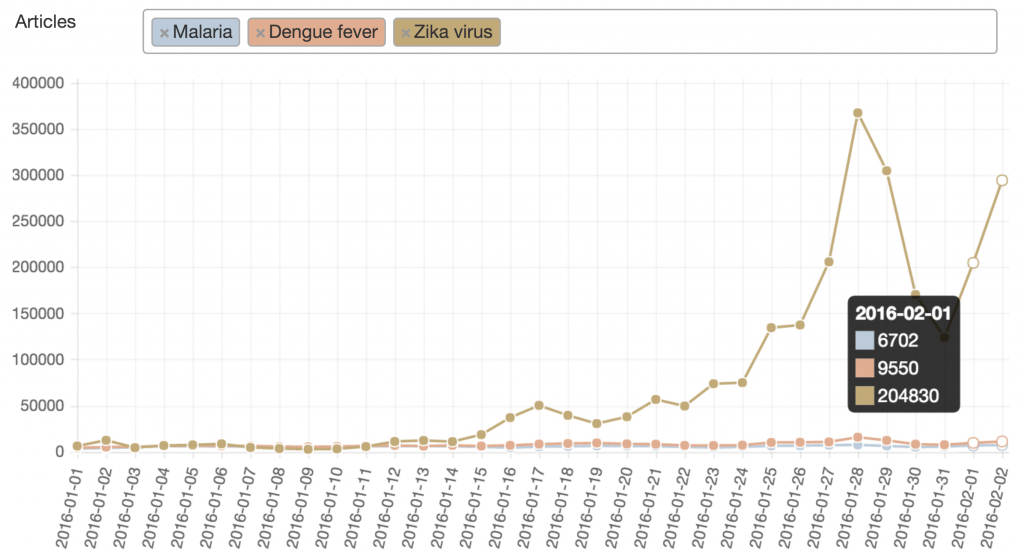 Attention in Wikipedia between Zika virus, Malaria and dengue 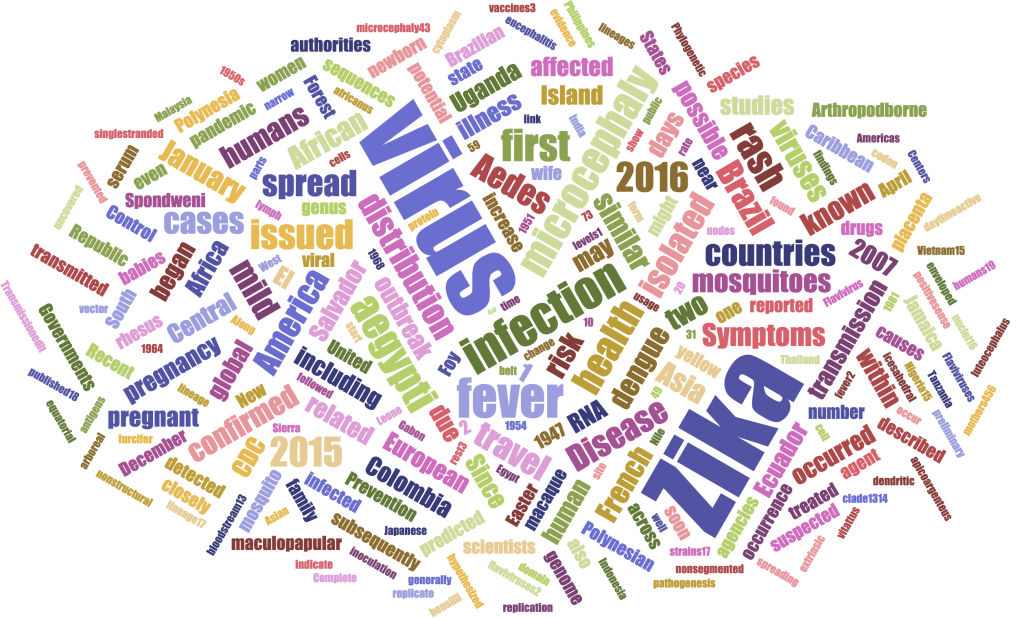 CNN: Five things you need to know about Zika

Zika virus infection ‘through sex’ reported in US 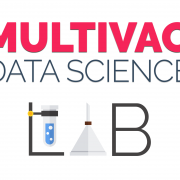 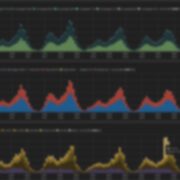 Big Data: What I am thankful this Thanksgiving! 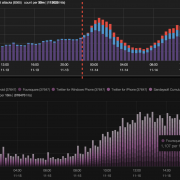