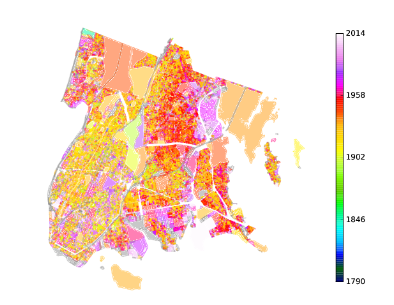 THE FUNDAMENTAL DIAGRAM OF URBANIZATION

The recent availability of geolocalized historical data allows to address quantitatively spatial features of the time evolution of urban areas. Here, we discuss how the number of buildings evolves with population and we show on different datasets (Chicago, 1930−2010; London, 1900−2015; New York City, 1790−2013; Paris, 1861−2011) that this curve evolves in a ‘universal’ way with three distinct phases.

We propose a simple model based on these simple mechanisms to explain the first two regimes and show that it is in excellent agreement with empirical observations. These results bring evidences for the possibility of constructing a simple model that could serve as a tool for understanding quantitatively urbanization and the future evolution of cities.

Giulia Carra is a former student of the École Normale Supérieure of Paris and of the University of Rome La Sapienza. She is currently pursuing her PhD at the Institute of Theoretical Physics in Saclay under the supervision of Marc Barthelemy and is hosted at ISC-PIF. She focuses on data analysis and modeling of urban systems.