Aviz is a multidisciplinary research team of INRIA  that seeks to improve analysis and visualization of large, complex datasets by integrating analysis methods with interactive visualization. The application domains of their various projects include the analysis of large social networks, biological networks, Business Intelligence, Digital Libraries and the time sequence of researchers’ activities.

In 2015, they received fundings from the Région Ile de France through the DIM ISC-PIF that contributed to the conception of ambitious user interface technologies, called Zooids. Initially, a zooid is “a single animal that is part of a colonial animal. Zooids are multicellular; their structure is similar to that of other solitary animals ” (Wikipedia). The Aviz research team, in collaboration with the Shape Lab at Stanford University (USA) introduced the zooids concept with swarm user interfaces to create self-propelled micro-robots that can act like a swarm of insects : they move collectively, react to user input and can accomplish a variety of tasks, like moving objects around.

This army of tiny robots drew a great deal of attention these past months. On the academic level, Mathieu Le Goc, Lawrence Kim, Ali Parsaei, Jean-Daniel Fekete, Pierre Dragicevic, and Sean Follmer won the UIST 2016 Best Paper award for their article “Zooids: Building Blocks for Swarm User Interfaces“. But the zooids also became viral online, as videos of the project were shared millions of time. 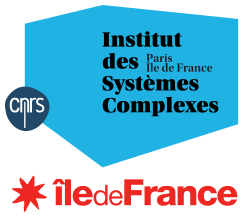