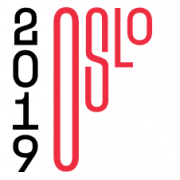 The transfer of theories and methods from evolutionary biology to the social sciences has a rich history. Notable examples are memetics, the application of Richard Dawkins’ theory of genetic replicators to the evolution of culture, and the application of methods from phylogenetics to the study of the evolution of languages. More specifically, history and philosophy of science have been enriched by the use of a selectionist approach, initially developed by Stephen Toulmin and David Hull, to understand the evolution of science in terms of competition between theories.

Both the selectionist and the phylogenetic approaches bring a quantitative dimension in the study of their object. Traditionally however, philosophers of science have only relied on the study of limited samples of the scientific production to devise theories about the processes of scientific change. Yet the quantitative dimension appears especially relevant for the study of the evolution of science. Firstly because of the ever-growing volume of the scientific production that makes it impossible to track it by close reading. Secondly, because to adequately produce and test theories about processes of scientific change, it is necessary to retrieve quantitative patterns of change in order to detect the presence or absence of “signatures” of these processes.

In the last couple of decades, a technical and methodological shift, brought on by new computational tools, the existence of accessible databases of scientific journals (PubMed, Arxiv, Web of Science, etc.) and the development of text-mining methods and complex networks analysis, has made possible a quantitative reconstruction of scientific evolution in the same way as postgenomic techniques made possible the science of genomic networks and architectures. However, the majority of quantitative analyses of science productions (scientometrics, science of science, etc.), bar a few, do not try to analyse the temporal evolution of science. They rather focus on a measure of scientific activity at a given time, construct citation networks, possibly monitor the activities of fields and research centers to identify research fronts, but can hardly track the conceptual innovations within fields, the extinction or emergence of concepts, or the conceptual bifurcations and merging, as it is required by any attempt to capture patterns of scientific evolution.

This symposium will focus on a method that embraces this ambition: phylomemy reconstruction (Chavalarias & Cointet, 2013). This method allows the reconstruction of science dynamics by text-mining corpora at a large scale. It characterizes quantitatively the different phases of the evolution of scientific fields and automatically build “phylomemetic” topic lattices (an analogy with phylogenetic trees of biological species) representing this evolution.  This method promises to indirectly help devise better theories and models of science evolution. It also improves the testing of theories by avoiding sample biases. Additionally, it is a tool for historians and philosophers of the life sciences that can provide new insights on historical case studies.

This symposium derives from the French ANR-funded “EPIQUE” project “Towards quantitative epistemology – Reconstructing the large-scale evolution of science”. This project brings together computer scientists and historians and philosophers of biology.  After a short  introduction to the EPIQUE project (5 minutes), participants will discuss methodological issues with phylomemy reconstruction (15’)  and demonstrate the use of the digital tools developed (10’). They will then present the contribution of phylomemy reconstruction to the elaboration and testing of theories and models of science evolution (20’). Finally, participants will show the import of the method for historical and philosophical case studies with the example of phylomemetic reconstruction of recent research on evolutionary novelty (20’). This will be followed by a general discussion with the audience (20’).

Want to join the discussion?
Feel free to contribute!