In 1751, Jean le Rond d’Alembert had a dream: “to make a genealogical or encyclopedic tree which will gather the various branches of knowledge together under a single point of view and will serve to indicate their origin and their relationships to one another”. In this paper, we address the question identifying the branches of science by taking advantage of the massive digitization of scientific production. In the framework of complex systems studies, we first formalize the notion of level and scale of knowledge dynamics. Then, we demonstrate how we can reconstruct a reasonably precise and concise multi-scale and multi-level approximation of the dynamical structures of Science : phylomemies. We introduce the notion of phylomemetic networks projections of phylomemies in low dimensional spaces that can be grasped by the human mind and propose a new algorithm to reconstruct both phylomemies and the associated phylomemetic networks. This algorithm offers, passing, a new temporal clustering on evolving semantic networks. Last, we show how phylomemy reconstruction can take into account users’ preferences within the framework of embodied cognition, thus defining a third way between the quest for objective “ground truth” and the ad-hoc adaptation to a particular user’s preferences. The robustness of this approach is illustrated by several case studies. 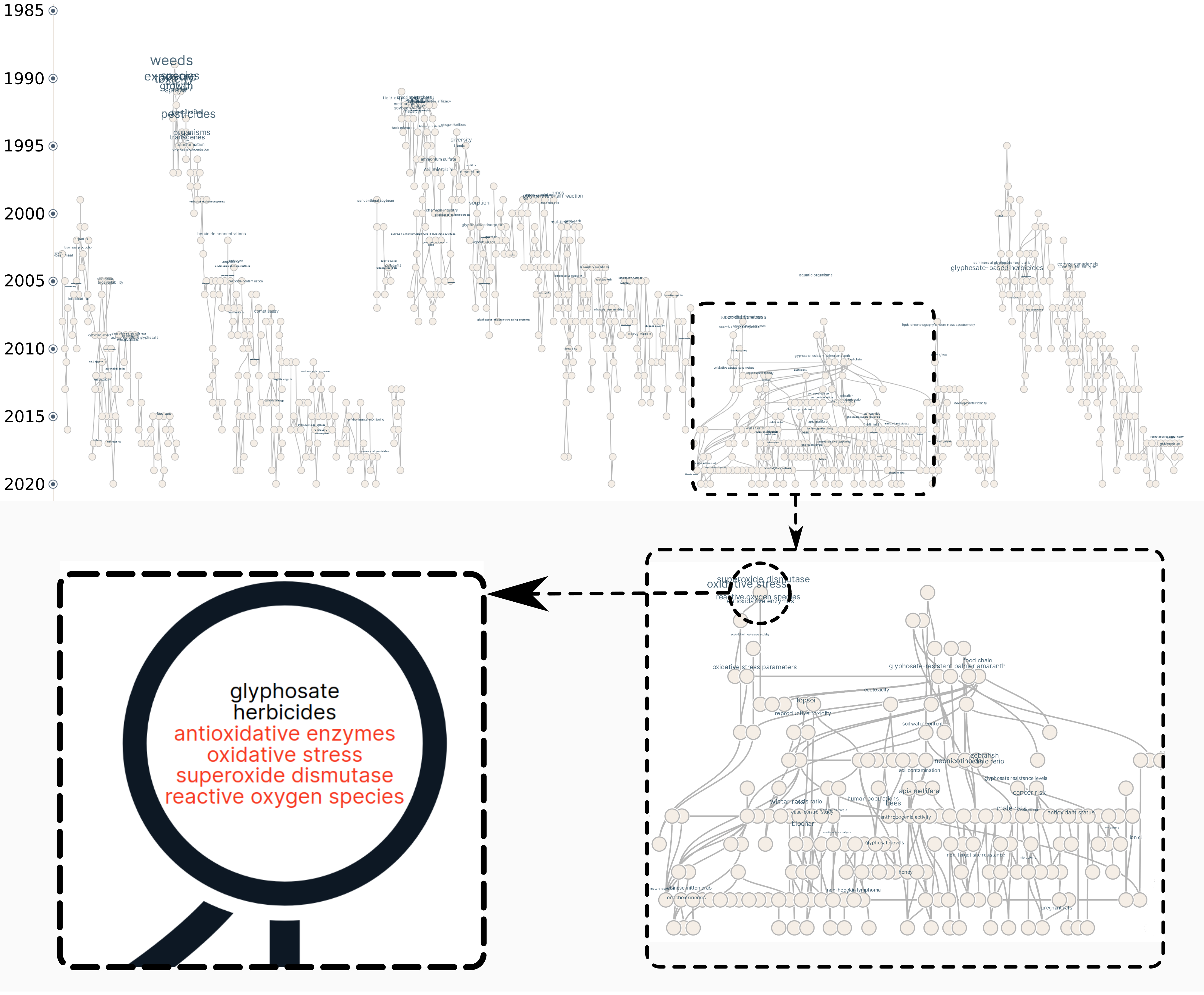