Map of retweet interactions over the period July-October 2022 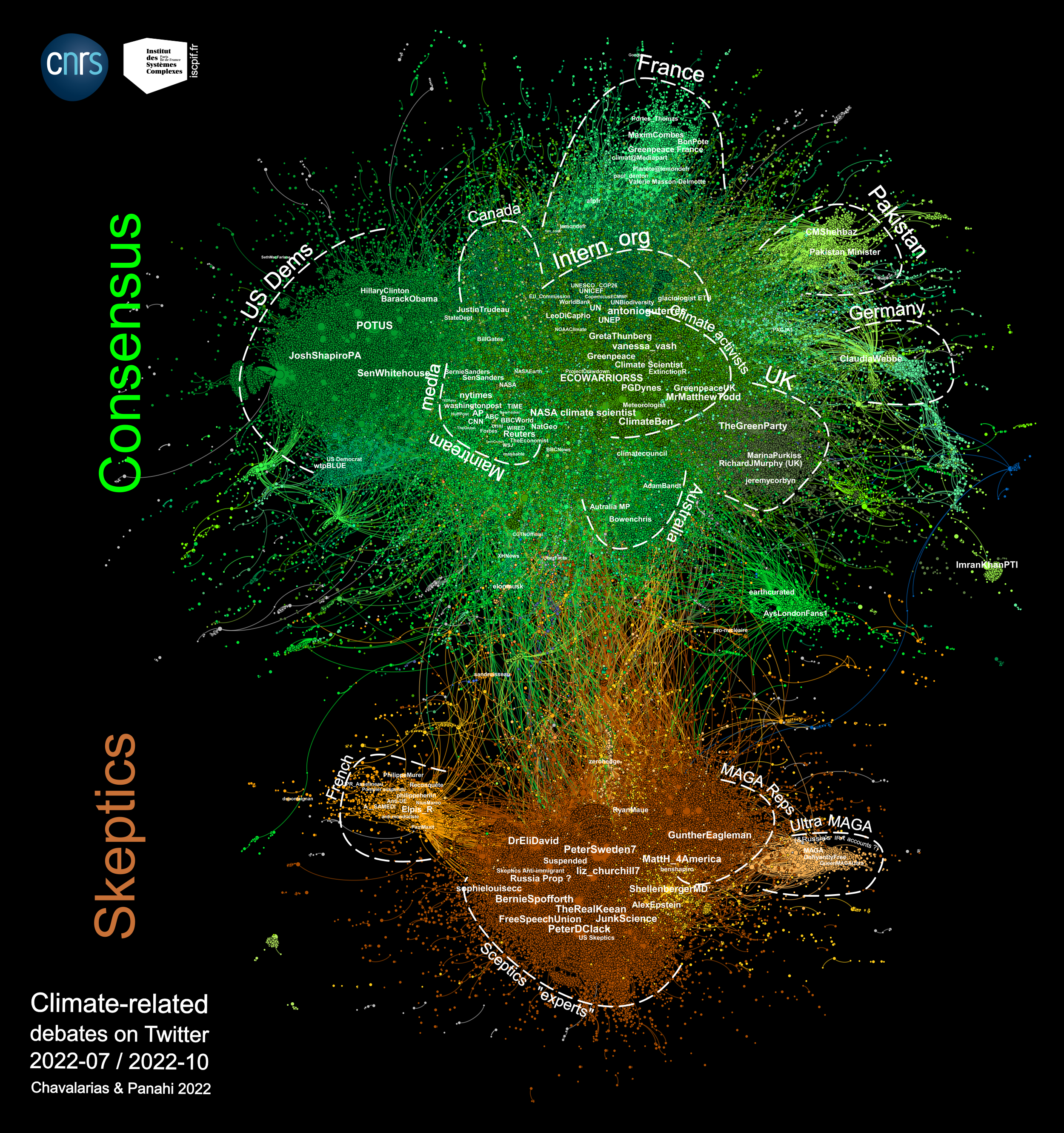 Reconstitution of the exchanges between core accounts over one year

These maps and video has been made within the Climatoscope project at the Complex Systems Institute of Paris. They represent several weeks / months of Twitter exchanges in English and French on climate-related issues (we used the track API over few hundreds keywords).

In both the film and the map you have about 200,000 Twitter accounts interacting. Circles represent Twitter accounts and links retweets between those accounts. Analysis of all these relations is made to identify communities with aligned opinons and attitudes. Here the climate change believers (top, green) in majority, face climate change deniers (bottom). Inside these two large blocks, we distinguish sub-communities according to geographic locations, political orientations or believes. They are in different colors. Visualisation principle is explained in this video.