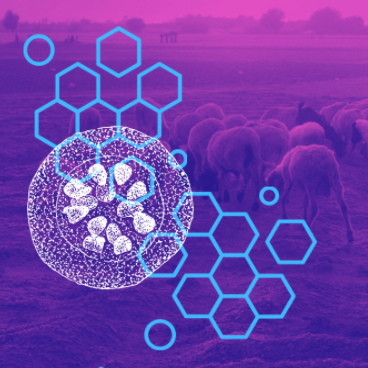 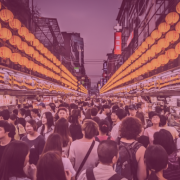 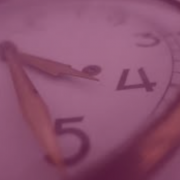 THE PHYSICAL SINGULARITY OF LIFE

Ontogeny is controlled by a genetic regulatory network. The alternative dynamical attractors of this network
constitute the different cell types. For fifty years, Boolean networks have been used as good models of such regulatory
networks. Ensembles of Boolean networks behave in three regimes: ordered, critical, and chaotic. It now appears that real
genetic regulatory networks, under the drive of selection, have achieved the critical regime. The generic properties of this regime stand as a new kind of statistical mechanics for biology. These properties include homeostasis, restricted pathways of differentiation, and a scaling law: the number of cell types should increase as a power law with respect to DNA per cell (hence variables in the corresponding network.) The predicted power law slope is 0.63. The observed scaling is, in fact, a power law, the slope is 0.88. We believe a statistical mechanics that hopes to explain features of organism by the generic properties of the critical sub ensemble of boolean networks, may be highly valuable.

Physical theories present different approaches to time. Typically, the irreversibility of Thermodynamic time has no counterpart in Relativistic time, whose invariance properties are analog to those of space. Yet, all theories in physics represent time in a linear dimension with the same mathematical characteristic as any other (space) dimension. As for biology instead, the role of rhythms do not seem to be consistently formalized by the mathematics of physical clocks, which yield “frequencies” along the usual one-dimensional time. We thus propose an abstract mathematical frame for describing some proper features of biological time. First a “schematic” representation of biological time is given by a 2-dimensional manifold as a mathematical frame for accommodating autonomous biological rhythms. This allows to focus on a key phenomenon of life, rhythms, both physical (circadian, seasonal . . . ) and properly biological (heart beating, respiration, metabolic . . . ). Then, we elaborate on the peculiar irreversibility of phylogenetic and ontogenetic time(s) which may require an extra observable time in the same dimension, or even an extra dimension for a better understanding of the role of changing spaces of possibilities (phase spaces) and of rare events in biological evolution. The connection between time irreversibility and randomness will be hinted as well as the mathematical fact that incompressibility for finite sequences does not represent physical nor biological randomness.

Which first principles should we use to understand biological morphogenesis ? – Maël Montevil (MSC, Université Paris Diderot)

When doing mathematical modeling, first principles are often interpreted as physical principles of conservation. In this paper, I show that properly biological first principles can also be introduced and used. Discussing this question can bring more coherence to the field and show that implicit, opposite assumptions are often made.