You are cordially invited to submit your contribution until April 06, 2021 (Firm deadline).

CCS – France 2021 (Conference on Complex Systems – France 2021) is the first edition of the French regional conference on complex systems organized by the French chapter of CSS (Complex Systems Society – France). It aims to promote interdisciplinary exchanges between researchers from various scientific disciplines and backgrounds (sociology, economics, history, management, archaeology, geography, linguistics, statistics, mathematics, and computer science). CCS – France 2020 is an opportunity to exchange and promote the cross-fertilization of ideas by presenting recent research work, industrial developments, and original applications. Special attention is given to research topics with a high societal impact from the perspective of complexity science.

Finalized work (published or unpublished) and work in progress are welcome. Two types of contributions are accepted:

Submissions must follow the Springer publication format available on the journal Applied Network Science in the Instructions for Authors’ instructions entry.

All contributions should be submitted in pdf format via EasyChair.

All Accepted submissions of unpublished work will be invited for publication in a special issue (fast track procedure) in one of the journals:

Topics include, but are not limited to:

This chapter is about Complexity and Spatial Dynamics in Urban Systems. Strong inequalities in the size of cities and the apparent difficulty of limiting their growth raise practical issues for spatial planning. At a time when new constraints in terms of limited energy and raw material resources or possible catastrophic events such as pandemics are challenging further urban expansion, it is important to consolidate the theories from various scientific disciplines to estimate to what extent the urban dynamics can be modified. While briefly reviewing the contributions to urban theories provided by the new developments in complexity sciences, we first advocate for the soundness of urban theories. Second, we develop our original approach considering spatial interaction and evolutionary path dependence as major features in the general behavior of urban entities. Third, we test these principles grounded in an evolutionary theory of urban systems by experimenting four dynamic models of urban growth calibrated on harmonized empirical data sets with comparisons across the whole world. 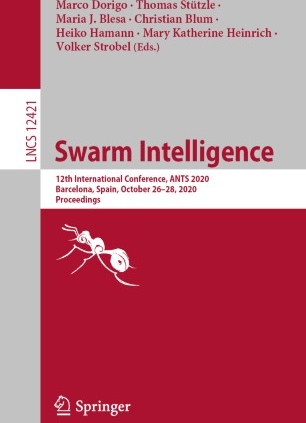 Swarm robotics studies how a large number of relatively simple robots can accomplish various functions collectively and dynamically. Modular robotics concentrates on the design of specialized connected parts to perform precise tasks, while other swarms exhibit more fluid flocking and group adaptation. Here we focus on the process of morphogenesis per se, i.e. the programmable and reliable bottom-up emergence of shapes at a higher level of organization. We show that simple abstract rules of behavior executed by each agent (their “genotype”), involving message passing, virtual link creation, and force-based motion, are sufficient to generate various reproducible and scalable multi-agent branched structures (the “phenotypes”). On this basis, we propose a model of collective robot dynamics based on “morphogenetic engineering” principles, in particular an algorithm of programmable network growth, and how it allows a flock of self-propelled wheeled robots on the ground to coordinate and function together. The model is implemented in simulation and demonstrated in physical experiments with the PsiSwarm platform. 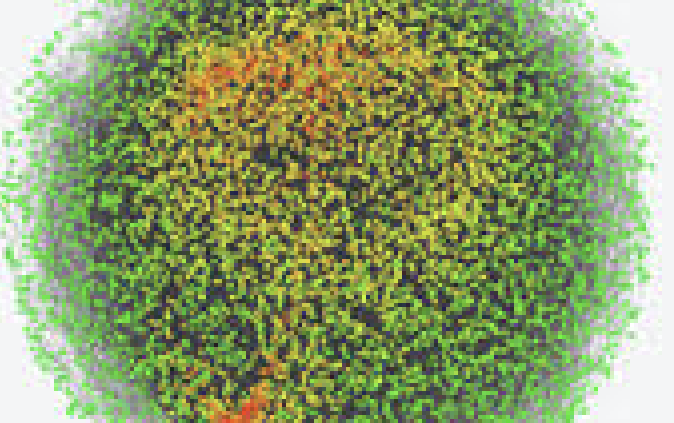 The CRI-Paris currently offers a postdoc position in the areas of Network Science, Network Medicine, and Computational biology applied to the study of Ageing, to be filled 1st January 2021.

The applicant will join the team of Michael Rera (Utelife Lab) at the CRI in co-supervision with Marc Santolini (Interaction Data Lab, CRI) and Anastasios Giovannidis (CNRS, Sorbonne University, LIP6 lab). The project will focus on applying network approaches to understand and model the dynamics of gene networks driving ageing in Drosophila and Humans. In particular, the project will focus on describing ageing as a propagation of network failures in the multi-layer interactome. The project is supported by a French national ANR JCJC funding.

• Experience with the mining, analysis and visualisation of large network data

• Ability to work in a team-oriented environment, and function productively in a dynamic work environment

• Take initiative, and be persistent in her/his drive for results

• Ability to adapt to changing circumstances

Interested candidates should submit a formal application to these 3 addresses: Michael Rera , Marc Santolini and Anastasios Giovanidis consisting of (i) a current CV with past experience and programming skills highlighted (preferably with link to Github or equivalent), (ii) a brief statement of research experience and interests (max. 2 pages) and (iii) the contact information of up to two references (e-mail or phone number) with some context information (relationship to applicant). Do not hesitate to contact us for further questions as well!

We believe in community diversity as a driving force of excellence. Therefore, we strongly encourage members of underrepresented groups to apply.

The Center for Research and Interdisciplinarity (CRI) experiments and spreads new ways of learning, teaching, conducting research and mobilizing collective intelligence in life, learning and digital sciences. The core mission of the CRI is to transform the way to research and acquire, share and co-create knowledge across the life, learning, and digital sciences. We are building a research collaboratory – up to 60 scientists, postdocs, PhD/master students working closely together on diverse but mutually complementary range of topics. We are guided by UN Sustainable Development Goals towards high-impact work on specific topic combining biomedicine, natural sciences, education, and digital transformation. 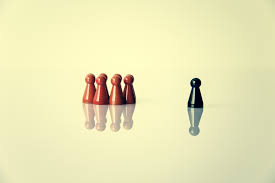 Call for PhD applications in the framework of the Labex MME-DII
Opinion Dynamics models: Heterogeneous agents in heterogeneous media.

The ubiquity of communication devices in our everyday activities, changes the way in which we interact with each other, for example, by allowing very different people, who would not have been able to share a discussion or support a common cause before, to converge on a particular action. These changes seem to affect the very notion of social interaction.

Furthermore, an increasing number of our common actions leave digital traces that are collected by different kinds of agents such as governments, scientific societies, commercial firms and NGOs, etc. The fact that the activities of human society can be massively monitored and stored is a new feature in history, and the impact of this fact on our behavior is far from trivial.

The present pandemic crisis provides an unexpected large scale terrain to study the modifications that arrive when the dynamics of social relations is suddenly modified. Regarding public opinion, it is therefore essential to understand the rules that govern its formation and diffusion, according to the different channels that connect the individuals in the society.

Opinion formation, a recurrent subject of study in social sciences, is often addressed through statistical analyses of data collected by the means of surveys or polls. By following the evolution of the statistical outcomes over time, it is possible to obtain some information about the dynamical processes underlying this phenomenon.

What we call the opinion of a society is a global property that characterises the society as a whole and has emerged from the repeated interactions among their agents. Defined in this way, opinion may be studied statistically. This approach is the mathematical realization of the ideas introduced more than one century ago by E. Durkheim[1] , who coined the notion of social fact. This concept refers to a property characterizing the whole society instead of the individuals, which emerges as an outcome of the dynamics governed by the interactions among them. Once the social fact is created, it is imposed on the members of the society who will find it very difficult to change it.

Early opinion dynamics studies mainly assumed a fully mixed population, which means that every agent may potentially interact with any other in the population, in other words, the interactions among agents were supposed to be long range. This approach, equivalent to a mean-field approximation, neglects the structure of the interactions. However, if social opinion emerges from the interactions between the agents, their structure may be relevant.

In fact, the key role of interactions had been recognized long ago by social scientists, who collected detailed data about social interactions in very small societies, using graph theory to represent them. J. Scott [2] gives a nice historical overview of network development in social sciences. With the development computing power and of Network Theory different models of social interactions have been proposed by physicists, applied mathematicians and computer scientists, thus setting a bridge between two different scientific communities[3] .

In spite of all these efforts studies taking into account the fact that the members of a society are intrinsically heterogeneous and so are their interactions are rare. In a very recent work [4] we have shown that when agent’s heterogeneities are taken into account, the outcomes of the very well-known Hagselmann-Krause dynamics are drastically changed.

In this project the selected candidate, will study the influence of heterogeneity in agents’ properties, in their interaction network, and the interplay between them. To do so she/he will combine both theoretical and data based models, and will apply concepts and methods issued from the study of Dynamical Systems, Statistical Mechanics, Agent Based Models and Network Theory.

The selected candidate will work under the supervision of Dr Laura Hernández at the Laboratoire de Physique Théorique et Modélisation (LPTM) UMR8089 CNRS-CYU, Paris-Seine University, France. She/he will also integrate an international and interdisciplinary team, composed by physicists, computer scientists, linguists, and human scientists, which are part of the OpLaDyn project, http://project.u-cergy.fr/~opladyn/on-going-projects/ awardee of the 4th round of the TransAtlantic Platform, Digging into Data Challenge. https://diggingintodata.org/awards/2016/news/winners-round-four-t-ap-digging-data-challenge , and will benefit of its activities.

The contract should start on September 2020 for a duration of 3 years. The basic gross salary (before taxes) is 1758 €/month. A teaching assistant mission may be assigned which involves 64h/year teaching assistant duties (typically one course each semester), and involves a supplement to the basic salary.

Interested candidates should hold a Master in Physics or Mathematics. The application of those completing their master in 2019-2020, is possible provided they graduate before September 2020.

Applicants are expected to have modeling and programming skills, and a marked interest in both theoretical modeling and data analysis.

This is a competitive program, so high records are expected, in particular a good knowledge of Dynamical systems theory, Statistical Physics of phase transitions, and Network Theory would be highly appreciated.

The application should contain:

These documents should be sent by e-mail to Dr Laura Hernández before May 14th 2020 to: Laura.Hernandez_at_cyu.fr

We welcome applications to work on the theoretical development of network science methods (Multilayer networks, Temporal networks, Network controllability), as well as application oriented data-driven research in neuroimaging and neuroscience.

Scholarships are fully funded for 3 years. Scientific education, professional formations, as well as generous travels awards, are available throughout the PhD. Successful applicants will start from October 2020.

Project Summary
Our group is looking for PhD students in the area of network science. Our current work
spans the development of network approaches for understanding brain functioning,
characterizing neurological diseases, and discovering predictive biomarkers.

Basic Qualifications
We seek students motivated to explore the complexity of biological systems from a
network viewpoint. The ideal candidate has a physics, mathematics, computer science or
statistics MS. Familiarity with network science and neuroscience/imaging is expected.

Application Instructions
Prospective students should submit an application consisting of i) a current CV with
university grades list, ii) a brief statement of research experience and interests, and iii)
one letter of recommendation sent by the writer to: fabrizio.de-vico-fallani_at_inria.fr 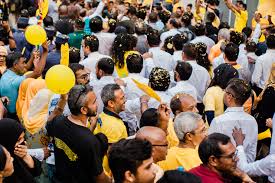 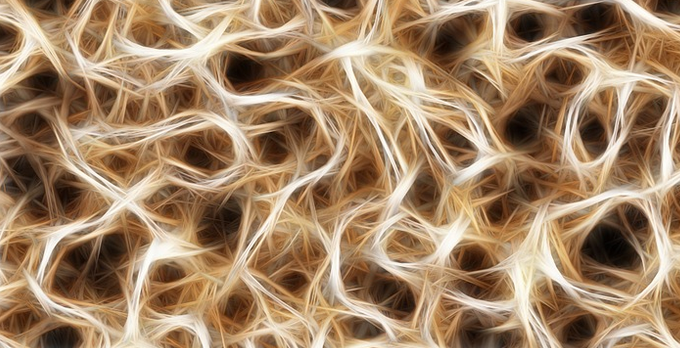 Title: Investigate the role of noise and of synaptic plasticity for encoding information in spiking neuronal networks

Short Description: The project investigates the complex behaviour of a network of spiking neurons connected together. We plan to study the cooperation between the irregular activity of single cells (balanced networks) and spike time dependent plasticity (STDP), a biologically inspired learning rule for neural systems.

Duration & Funding: The expected duration is up to six months, the stage is paid around 560 euros per month.

Requirements for the students: Good knowledge of programmation (C or C++ (preferred) or Fortran or Python) with application to Statistical mechanics and Dynamical systems – Master M2 in Mathematics or Physics.